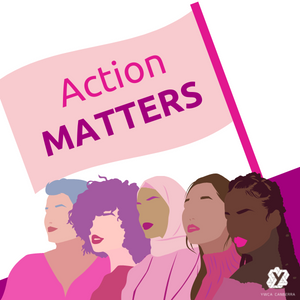 Welcome to the first edition of Action MATTERS.

You asked and we’ve delivered. We know that many in our community are drawn to our movement because it offers a collective approach to feminism and the opportunity to be part of change for the better. And we know that for many, advocacy isn’t just something you want to read about, it’s something you want to develop, share and, participate in. The desire to create positive change, learn from others and share knowledge is what attracts us to activist movements and campaigns.

That’s where Action MATTERS comes in. With each edition, we hope to bring you new discussions in advocacy and showcase some historic and current campaigns, both the successful and ongoing, to draw attention to effective campaign strategies and tactics. We’ll be looking at some well-known feminist campaigns as well as some that might fall outside our regular scope, and we’ll also feature interviews and articles with some grassroots advocates who are making a tangible difference on the ground.

At YWCA Canberra, we are passionate about what we do, and we are fortunate to have in-house policy expertise and experience in advocacy and campaigning. This experience is crucial in achieving our mission. But in the spirit of collectivism, we also believe that ‘knowledge is power’ and Action MATTERS is your chance to learn from others, pitch ideas and have your questions answered by our advocacy team.

This first edition will focus on intersectionality. This was a deliberate choice which allows us to explore the concept behind Action MATTERS by critically reflecting on the historic campaigns to enfranchise women and what these campaigns can teach us about the significance of intersectionality today. In doing so, we acknowledge that intersectional feminism captures a range of diversity in all its forms and while we focus on some elements in this edition, we are sadly not able to capture all. For this reason, future editions of Action MATTERS will also be dedicated to exploring advocacy and campaigning through the lens of other intersectional identities. We hope you will join us on this journey. 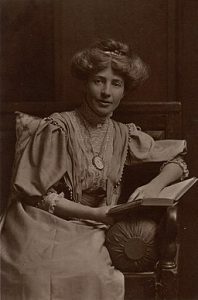 We wanted to connect our new publication with an element of historical feminism that set the path for gender equality and which we can still learn from and reflect upon today. ‘Matters’ is a reference to South Australian feminist and suffragette Muriel Matters who moved to London in the early 20th Century and joined the Women’s Freedom League, a non-violent civil movement advocating for the enfranchisement of women and the end of war. Along with other suffragettes, Muriel staged a protest at the British House of Commons where the protestors chained themselves to the grille, separating the public gallery from the chamber. Muriel herself became the first woman to speak in the House of Commons when she erupted into a speech that called for enfranchisement of women.

But while we take the title of this publication as an opportunity to celebrate an Australian suffragette and reflect on the revolutionary protests of the suffragette movement, we will also use this first publication to unpick some of the shortcomings of the movement; most noticeably an approach to enfranchisement that excluded particular demographics of women based on their marriage status, their race or property. In exploring these shortcomings we’ll also go further and discuss intersectionality in contemporary feminism more broadly.