Advocacy 101: Faux or feminist? How to tell?

Faux or feminist? How to tell? 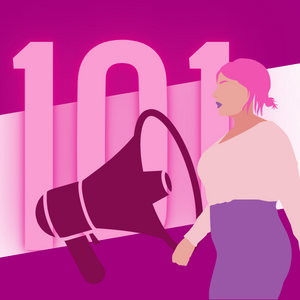 The transcendence of the corporate juggernaut-turned-woke public advocate and the blending of branded feminism and International Women’s Day, has meant that feminism has become highly bankable and subsequently, ubiquitous. Not just a vessel for profit, feminist marketing and band-wagoning can also obscure regressive opinions or policies.  In fact, the feminist band-wagoning for fame or profit is so common that it has been termed Femvertising.

Is it such a problem though if questionable corporations or individuals join the branded feminist band wagon if it means more people care about equality? If you want your advocacy to be genuine and a real platform for change, then tolerating branded feminism is not the answer.

While it might seem counterproductive to groan about the growth of a movement that demands equality, even if the proponent isn’t convincing, tolerating branded feminism doesn’t serve as a platform for change. In fact, in swallowing spin we are surrendering ourselves and our revolution to what Audre Lorde called ‘the master’s tools’.

Just as Lean in didn’t address the structural underpinnings of inequality and just as NOW Australia didn’t meaningfully engage with intersectional feminists, their advocates or their women’s sector, faux feminism doesn’t require much input other than sharing the general vibe that inequality is wrong. With feminism reduced to catch phrases, devoid of any structural critique or personal introspection there’s never been an easier time to be a “feminist”.  So how do you identify the faux feminist?

Words are cheap. Your faux feminist might say all the right things about intersectionality and how representation matters, but that doesn’t mean they put words into action. Their social media feed might be filled with virtue signalling and performative allyship that are simply used to build followers and an image. As this publication has pointed out previously, this kind of ‘activism’ doesn’t require any concerted input. It doesn’t ask anyone to meaningfully change their behaviour or challenge the behaviour of others, it doesn’t come at any real personal cost, and it doesn’t contribute to the movement to call out and reform structural and embedded forms of inequality. It might surprise the faux feminist, but merely posting a story reel on Instagram telling people what to do, isn’t activism.

The power to call out faux feminism and reclaim the movement isn’t lost, however and we’ve included some easy tips on how to go about separating the faux noise from the real deal.

1) Perhaps your feminist icon is a high-profile individual or emerging influencer with a strong media presence.  Maybe they post regularly about the role of women in politics and go to effort to include some advice or insight. It’s an idea to not rush in on the hype but rather take a moment to engage with their feed, note what they choose to emphasise and who else they might use their platform to feature. It can be easy to get pulled into the narrative with blasts of information and superficially hot takes but try and establish what they do to make the world better. Determine for yourself whether it is making a meaningful contribution to change or are they just peddling paid partnerships, a personal webpage or building an influencer’s resume.

2) If your feminist icon is an organisation or business leader, ask whether their internal operational policies align with feminist ideals – find out if their business operations have non-disclosure agreements (instruments that perpetuate wage inequality and secrecy) that ban staff from talking about their income or harassment? Do they have an enterprise agreement in place for their workers that was bargained through negotiation with staff and their unions, guaranteeing them better pay and conditions than the industry award entitlements? Does their business support paid domestic and family violence leave or do they believe it will serve as a disincentive to employ women? When they talk about the role of women in the economy or women on boards, are they including the battles of working-class suburban women on low incomes and poor conditions or are they just emphasising the Lean in mantra about how to get to the corporate suite? By taking a critical approach to puffy social media posts about women in the workforce or International Women’s Day you can decipher how genuine their approach to feminism is.

Do they contribute to the evolving narrative?

Feminism is an evolving political theory. If it wasn’t, feminism today would look like feminism in the late 19th century when women’s suffrage excluded women of colour and women of working-class backgrounds and poverty.

New ideas, new challenges, and new approaches to centuries old issues of inequality are central to the contemporary application of feminist theory. The political environment we live in is also evolving; war, the cost of living, wage stagnation, housing affordability are all issues which impact and affect women and intersectional women uniquely. Does your feminist icon contribute to the discussion on these significant social issues? Do they ask what the evolving political landscape means for different women and how inequality might manifest differently? These incisive contributions have a role to play in building the narrative and bringing more diversity of thought and application into the fold, your icon doesn’t need a PhD in feminist theory to meet the standard, but scanning the political environment and applying what it means to different cohorts of women is a strong starting point.