Advocacy 101: The connection between medical abortion in Australia and Telstra 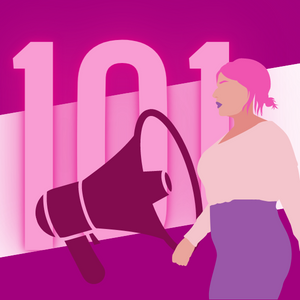 What do access to medical abortion in Australia and Telstra have in common?

Not much on the face of it, but when it comes to political wheeling and dealing, they are forever united in how women’s rights can easily turn into a bargaining chip for otherwise unrelated policy decisions.

Big ticket policy and reform conversations can easily become a fight for women’s rights. We saw this with the Tampon Tax decision, while condoms were conveniently absented from inclusion. It took nearly two decades to resolve this inequality as a big-ticket economic reform turned into a debate about the gendered elements of taxation policy.

Returning to Telstra and reproductive choice however, in the middle of the 1990s, the Australian Government was trying to sell half of its stake in Telstra, about 4 billion shares at a few dollars apiece. An enormous windfall to the government coffers if they were to succeed.  However, just like in the decades of politics since, the Government of the day found its divestment agenda stuck at the final hurdle, the Senate.

To get through the blockage, the Government negotiated a deal with a long time Independent Senator and social conservative Brian Harradine that would see the Telstra sale proceed while access to RU486 for women in Australia would be heavily restricted. RU486, otherwise known as mifepristone a drug used the world over to medically terminate a pregnancy in its early stages, spent 20 years in the wilderness where it was largely inaccessible to women and their General Practitioners.  Harradine had conveniently exploited the simultaneous debates about medical abortion and privatisation to align with his own religiously conservative value set, and women paid the price. This kind of political wheeling and dealing, is not necessarily unusual in a Senate where the government doesn’t have the majority and have to negotiate with the interests of crossbenchers. Often it might involve electoral specific requests – as we saw when Senator Jaquie Lambie negotiated to eliminate Tasmania’s public housing debt in return for her support for the Morrison Government’s tax package. That the rights of women, wholesale, were negotiated away by Brian Harradine, demonstrates just how influential women can be as a sweeping policy area.

And as we explored in the opening article to this edition, single parents, nearly almost 90 per cent of whom are women, were also seen as an easy demographic to cut costs to the Government coffers when Julia Gillard’s government moved a strong majority of them onto the unliveable Newstart Payment.  Saving the Australian Government $685 million over four years in the shadow of the Global Financial Crisis could have been justified by some at the time, but eventually these reforms have cost more in peripheral costs to community through demand on welfare services and the consequences on the safety of women receiving the payment and their children.

These two disparate policy reforms and the consequences they carried for women demonstrate how policy and advocacy can permeate spaces beyond the immediately obvious and how individual values of conservativism or economic repair can be instrumental in predicting outcomes. For advocates, these case studies are lessons in understanding the values which motivate those you might be lobbying, particularly in a parliament where cross benchers and independents have influence in the Senate.