Advocacy 101: The division of powers: where to start? 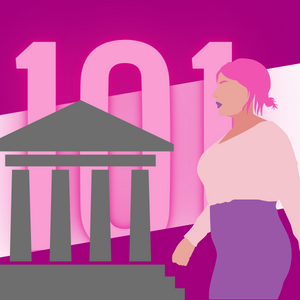 Knowing where to turn to and identifying what policy portfolio or what level of government you need to approach when beginning your advocacy journey can be a difficult first challenge.

Having worked in the Legislative Assembly, it wasn’t unusual for members of the public to contact the wrong representative at the wrong level of government or the wrong portfolio with a question that couldn’t be answered. This would be frustrating for the constituent as they would experience delays in receiving an eventual response.

This confusion can also be capitalised on by elected representatives such as during the pandemic when blame for quarantine failures, immigration exemptions, and vaccine rollouts was apportioned from state governments to the federal governments and vice versa. No wonder why the regular voter is confused.

It can be hard to keep pace with the landscape and constant flow of information or hastily developed social media campaigns. To help with overcoming this, we are sharing some content from the Parliamentary Education Office. 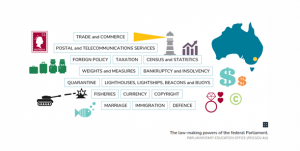 *Don’t forget that in the ACT, the Legislative Assembly combines the powers of both state and local governments, so typical local government functions such as roads, rates, rubbish, planning and pet control are also within the remit of the ACT Government.

Concurrent powers are those which are shared between federal and state/territory parliaments. These powers, while capturing the same portfolio, are distinct from each other. For example: