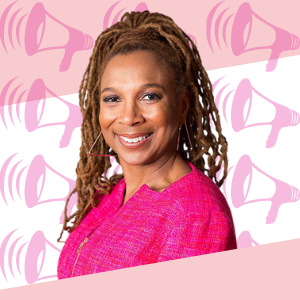 Although the term ‘intersectional’ is now a common part of our feminist vocabulary, it was only coined by Kimberlé Crenshaw in 1989 in a landmark study on gender and race-based discrimination.

An American lawyer, civil rights advocate, philosopher and scholar, Crenshaw cites her inspiration for her work in intersectionality as the chance discovery during her legal studies of the 1976 court ruling DeGraffenreid v. General Motors. In this case, four black American women argued that their employer, General Motors, had discriminated against black women during a seniority-based set of layoffs. The judge found that General Motors

The court refused to allow the claims to be considered as a combination of racial and gender discrimination, so dismissed the case.

This finding shocked Crenshaw. Although the concept of combined disadvantage had been around before, she realised there was no name for the problem, which was preventing people from being able to see it, let alone solve it.

“When feminism does not explicitly oppose racism, and when anti-racism does not incorporate opposition to patriarchy, race and gender politics often end up being antagonistic to each other, and both interests lose.” — Kimberlé Crenshaw

Although Crenshaw’s concept of intersectionality began with the intersection of race and gender, she welcomed the expansion to other marginalised groups. She came to describe the term as “a lens through which you can see where power comes and collides, where it interlocks and intersects.”

While at Harvard Law School, Crenshaw was also one of the founders of critical race theory (CRT). This field of study responded to the prominent belief at the time that the US legal system was ‘colourblind’ and lacked racial discrimination. Crenshaw argued that racism and white supremacy were defining elements of the American legal system and worked with other Harvard scholars to explore “the role that law played in establishing the very practices of exclusion and disadvantage.”

This work has since been expanded beyond the legal system. As the Deans of the University of California Law Schools stated during the Trump administration’s attacks on the approach, “CRT invites us to confront with unflinching honesty how race has operated in our history and our present, and to recognize the deep and ongoing operation of ‘structural racism’, through which racial inequality is reproduced within our economic, political, and educational systems even without individual racist intent.”

“Intersectionality draws attention to invisibilities that exist in feminism, in anti-racism, in class politics, so, obviously, it takes a lot of work to consistently challenge ourselves to be attentive to aspects of power that we don’t ourselves experience.” — Kimberlé Crenshaw

Throughout her life, Crenshaw has worked extensively on issues regarding gender and race, including violence against women, structural racial inequality and affirmative action. Her work is often cited as a major influence in the drafting of the equality clause in the South African Constitution. She has recently been heavily involved in the #SayHerName campaign to uplift stories of black women killed by police.