You may hear advocates talking about gender inequality being ‘systemic’ – but it can be hard to understand what that means in practice, and how it impacts the way we can effectively advocate. 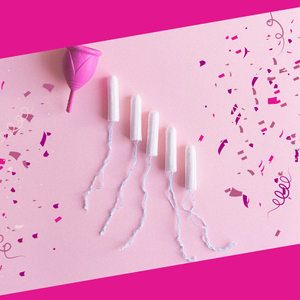 A good example of a system that reinforced and entrenched gender inequality is the historic charging of goods and services tax (GST) on period products, despite other hygiene items being exempt under the category of ‘basic necessities’.

In 2019, a community advocacy campaign effectively pressured the federal government to remove period products such as tampons and pads from the GST list, in recognition of the way the system was predicated on gender inequality.

Before we dive into that advocacy win, let’s unpack why having GST charged on period products was an example of systemic inequality.

The GST was introduced in 2000, replacing an existing taxation system on goods and services that was made up of a number of different state/territory and federal taxes. In defining what items were subject to GST and what weren’t, broad categories were used to group products, including into items considered ‘essential’ and ‘non-essential’.

Now, any person who menstruates would tell you that period products are absolutely essential – they’re crucial to hygiene, health and wellbeing, and are fundamental to allowing people to continue their day-to-day lives while on their period.

But gender bias and unchecked privilege meant that those in the position to define essential and non-essential items for the purpose of the GST grouped items largely required by cis men (i.e. condoms and lubricant) as essential, while defining period products as ‘luxury’ or non-essential items.

In fact, when questioned about the classification of period products versus condoms, which were exempt from the tax, then Minister for Health Dr Michael Woolridge said, ‘condoms prevent illness. I wasn’t aware that menstruation was an illness’, betraying his male privilege and therefore ignorance around the issue. As we know very well, not being able to afford period products can have very serious health implications, including risk of illness, disease, toxic shock syndrome if tampons aren’t changed regularly enough, not to mention the social and emotional impacts of potentially missing school, work and social events as a result of not being able to manage a period.

For almost two decades, feminist campaigners targeted this blatant inequality. Unfortunately, because the tampon tax was buried within a broader system, a lot of Australians simply didn’t know that the inequality even existed. GST has been absorbed into sale prices for a long time, so unless you were actively checking when you did and didn’t pay GST, it was easy to overlook.

Luckily, activists joined forces in the late 2010’s to raise awareness of the tampon tax and to lobby both the federal government and the opposition to remove it, timing the action around the 2018-19 election campaign. The campaign included a petition led by Share The Dignity with received over 100k signatures, as well as a very effective social media campaign leveraging the hashtag #axethetaxPERIOD,  and put the necessary pressure on the government to do the work and abolish the tax.

As of 2019, retailers cannot charge GST on period products (though GST remains on some other feminine hygiene products).

The success of this campaign is a great example of how taking a feminist lens to our systems can uncover gender inequalities that are having a measurable impact on people’s lives. It also shows how specific and measurable changes are fundamental to driving campaign outcomes.

Where activists could have focused their efforts on, for example, reducing the stigma associated with periods (a cultural issue), they also ensured that our systems don’t reinforce those issues (classifying period products as non-essential validated the stigma around periods).

By lobbying to remove the tampon tax, activists not only ensured people with periods weren’t unfairly out of pocket, but also raised menstruation as a national topic of interest, contributing to the broader goal of reducing the stigma associated with periods.