Professor Marian Sawer isn’t just a champion of gender equality in leadership, she’s an authority on the matter, having researched it for more than 30 years.

Speaking to us from her office at the Australian National University, where she oversees a variety of gender and political focused PhD candidates within the College of Arts and Social Sciences, Marian is currently busy preparing for the World Congress of Political Science, which will take place in Brisbane. 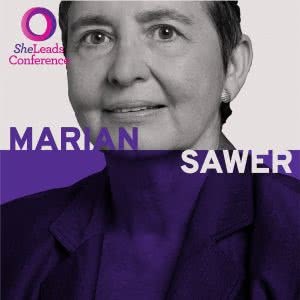 Ahead of the congress, she’s recently finished co-editing a report on gender and diversity in political science, and in addition to her own research, co-edits the International Political Science Review. She’s also just released a new book – Gender Innovation in Political Science: New norms, new knowledge.

In light of this (and the fact that she was made an Officer of the Order of Australia in 1994 “for services to women and to political science”), it comes as no surprise that Marian has been invited to take part in the upcoming YWCA Canberra 2018 She Leads Conference.

On 1 August at The Rex Hotel, Marian will join fellow panellists Dr Jessa Rogers and Vanessa Paterson, along with facilitator Michele Fonseca, in a discussion on ‘Creating Structural Change to Rise’—exploring how we, as women, lead in our home or workplace, and what strategies can we use to do so.

“I will be talking about the evolution of feminist approaches to leadership,” explains Marian. “It’s something I’ve been interested in for a while—looking at the changes that have occurred since the 1970s when leadership was a dirty word in the women’s movement, to today where we have feminist concepts of shared leadership and collaborative leadership.”

Marian explains that she’ll be providing a historical overview of “the way ideas of leadership have changed and shifted, and the way they’ve been embodied in women’s services. At the heart of the women’s movement you have organisational philosophies that reflect conceptions of shared leadership instead of leadership being an attribute of an individual.”

Marian will also discuss the institution-building that she’s been most satisfied with from her career, which is the concept of making gender-equal infrastructure a priority from the very beginning for an organisation or entity, instead of trying to retro-fit it later.

“I’ve been in involved in initating and sustaining organisations that embody concepts of shared leadership,” she says. “The one I’ll speak to specifically is the Women’s Caucus of the Australian Political Studies Association, which has done a lot of things since it was created in 1979. It’s led to a lot of developments towards equality in political science.”

“Australia was really one of the first countries where we introduced the idea of alternating men and women in a position of leadership, which was President of the Political Science Association.”

This was no doubt a significant moment in the academic community, which has historically been known as slow to implement true gender balance. It’s these significant moments that Marian will no doubt draw from when speaking at She Leads, distilling what we can do in our own communities to create more space for women in leadership.

Tickets are now on sale for YWCA Canberra’s She Leads Conference 2018.

What: The 2018 YWCA Canberra She Leads Conference
When: Wednesday 1 August from 8.30 am–5 pm
Where: The Rex Hotel, 150 Northbourne Ave, Braddon
Website: ywca-canberra.org.au/event/she-leads-conference

HerCanberra is a proud media partner of YWCA Canberra’s 2018 She Leads Conference.

This article was originally published by HerCanberra, and has been republished here with permission.