Women’s interests are in the public interest: Why we need transparent gendered budget analysis and policy 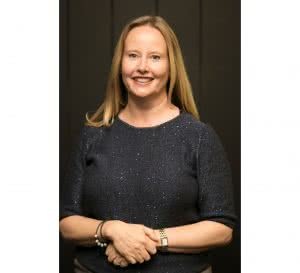 The ACT Government has called for pre-budget submissions to influence their budget allocations.

You might recall in the last budget round, YWCA Canberra was alarmed by the lack of gendered analysis and funding allocated to the women’s plan.

This time we will be calling for the ACT Government to fulfil its commitment to a Triple Bottom Line Analysis.

Since July 2012, the ACT government has committed to using a triple bottom line assessment framework in developing policy and decision making to ensure sustainability and social impact is addressed.[i]

It’s an analysis concept that looks at the impacts of policy and practise. The framework is divided into three parts: social, environmental and economic. It’s common for policy to be founded on an economic bottom line, namely financial indicators. Triple bottom line broadens the scope of analysis to include social responsibility and environmental impacts as well as, providing a more comprehensive picture of accountability.

Without a triple bottom line analysis, policies and budgets proposed by the ACT Government won’t adequately consider the needs of women and the community.

And this greatly slows the progression of gender equality.

So, where are we now?

Local MLA, Ms Caroline Le Couteur has become a strong voice for women in the budget and the importance of gendered budget analysis in the ACT Parliament. She has called out the government, asking Chief Minister Andrew Barr to release the triple bottom line analysis. However, the response was that cabinet decisions related to the budget cannot be released.

Gender responsive policy processes are by their very nature an accountability tool, intended to increase transparency in the decision-making process. Given that the Triple Bottom Line is concerned with how certain segments of the population will be impacted, it is within the public interest that the Government explains how this is currently being undertaken, particularly in the allocation of funding in the 2018-19 Budget.

Clear communication of the effect of policy concerning women is crucial to ensuring the ACT Government’s proposed measures have a significant effect in promoting gender equality.

Where to from here?

The ACT Government is currently experimenting with a range of deliberative mechanisms to enhance the consultation and participation of ACT citizens in decision making processes.

In line with this, the ACT Government is now asking for all perspectives on what should be prioritised for the next budget round. It’s alarming to see that gender equality is not even an option to be prioritised. We can only assume from this, that once again women’s issues will not feature in the 2018-2019 budget round.

As we ramp up our call for the ACT Government to fulfil its commitment in undertaking a transparent gendered analysis, we encourage you to have your say and ensure that gender equality features on the priority list:  https://www.yoursay.act.gov.au/2018-19-budget-consultation

Watch this space on how you can get involved, or subscribe to YAction.