World Council 2019 through the eyes of a young woman

Once every four years, YWCA members from all around the world gather together for the YWCA World Council meeting. Last year, the 29th World Council was held in Johannesburg, South Africa and surrounded the theme, “Young Women Transforming Power Structures for Gender Equality.”  Sophie Holloway was one of seven YWCA Canberra members to attend as part of the YWCA Australia delegation. Read Sophie’s reflections below.

I arrived at the YWCA World Council in Johannesburg just as my year 12 exams were starting. It was an exciting time for me – the flurry of finishing up my compulsory schooling a week early, then flying to the other side of the world to witness as an observer delegate the vibrant, inspiring whirlwind that was World Council. 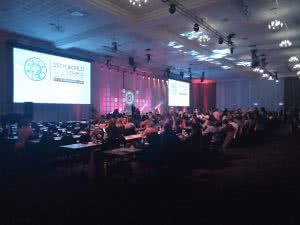 Women from countries all over the world lugged suitcases and excited smiles as I tried to down the last of my pre-reading in the resort lobby. The agenda was cram-packed: thematic workshops; World Y business sessions; guest speakers on intergenerational leadership, gender-based violence, climate justice, and organisational change.

As a young woman, it was an incredible experience; not only being surrounded by hundreds of Y women with fascinating backgrounds creating change in their communities, but also hearing directly from young women speakers about their leadership journeys.

Ayakha Melithafa, a 17-year-old South African climate change activist who was one of the 16 signatories to the complaint to the UN Committee on the Rights of the Child, spoke about the growing need for young leaders. Sibulele Sibaca, an advocate for combating HIV/AIDS, left the room with deeply resonating advice on activism and self-confidence. One could not help being left feeling inspired, awaiting a future with these girls at the forefront of the global movement towards change in power structures for gender equality.

I met women combating HIV/AIDS in Malawi, empowering young female entrepreneurs in the Netherlands, providing legal advice to sex workers in Canada and supporting peace efforts in Palestine. With each conversation, I developed an increasingly profound appreciation of the incredible diversity in the work for gender equality being enacted by strong women all around the globe. 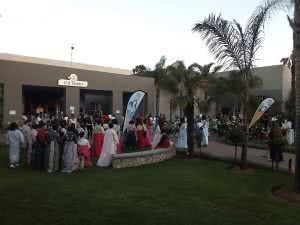 Yet even with this diversity, it became clear throughout World Council that there was a fundamental overlap in the challenges faced on every continent. The increasing impact of climate change was a significant point of discussion, and it became increasingly evident that climate action is to be an important aspect of regional and global YWCA work in the years to come.

Global warming constitutes a truly unprecedented and urgent problem well in need of the lens of gender justice, as it is crucial that women are represented at the heart of decisions that will shape the future of the planet. It also became increasingly clear to me that the fight for gender justice is intrinsically linked with that for climate action, in the sense that gender equality is meaningless without a planet that supports human life. 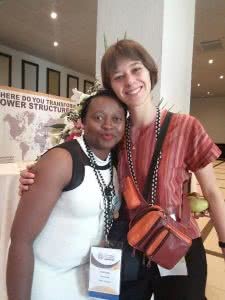 Following a forum on the theme of climate justice, I found myself part of a new sub-group set on facilitating Y action on climate change. Under the name of YWCA Members for Climate and Gender Justice, Y women worldwide are invited to share resources, experiences and programs to collaboratively coordinate local and global climate action. Sitting with nine other women around a table following the forum, I realised that this sort of passion and innovation was the reason I truly love the YWCA movement.

For me, the most inspiring success of the 2019 YWCA World Council was not so much in the realm of the obligatory business procedures and governance debates. It lay in the outcomes of the melting pot of ideas that encouraged hundreds of women to challenge what we stand for as a global movement.

The future of the YWCA is a group of women who empower their young women leaders in the fight for a planet and society in which individuals can thrive regardless of gender.

Further reflections by young Canberra YWCA women on the 2019 World Council can be found here.