Young Women Speak Out (YWSO) is a two day advocacy training and campaign workshop for 16 -17 year old local young women, preparing participants to run a collective campaign strategy with other young Canberra women. This terrific initiative came about with the support of a YWCA Canberra Great Ydeas grant, and will commence later this year.

We caught up with YWSO Project Leads Hannah Gissane and Amy Blain to find out more about YWSO, and why they were motivated to support young women to create positive change.

Who runs the world? 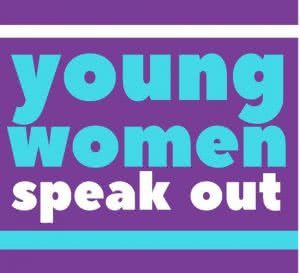 “We, as young feminists, reject the message that we are unimportant, inexperienced and naive…We are powerful rights-holders willing to fight to implement…our #YoungFeministVisions of a just, equitable and compassionate world.”[1]

Young women express time and time again that they are not the future, but leaders of change right here and now. We need young women to be heard: as agents, and not objects of, decision-making. We need to recognise the power, energy, bravery, creativity and strength of young women and their approaches to problem-solving uninhibited by ‘we’ve tried that before’, ‘that won’t work’, ‘we can’t do that.’   Young women collectively are a force to be reckoned with – young women have the power.

Young Women Speak Out (YWSO) recognises and values young women’s leadership. By creating spaces for young women to come together and organise, we’re honouring it.

YWSO seeks to strengthen and sustain the feminist movements by strengthening intergenerational dialogue for inclusive, intersectional, representative and relevant feminisms.  YWSO is as much about an exchange as it is about building capacity.  All feminists have much to learn from young women!  There is a constant need to challenge what we think and how we agitate for change.

What is Young Women Speak Out (YWSO)

YWSO supports young women’s activism and leadership to campaign and advocate. Young women under 18 are excluded from formal channels of political participation such as voting and running for office and myths about clicktivism and apathy continue to obscure young women’s political engagement.[2]  We want to support and amplify the activism of young women – we know you’re engaged, interested and already leading change!

We’re holding two YWSO workshops in September and October to help 16-17 year old young women develop a campaign strategy. We’ll be sharing tools, techniques and experiences from feminist activists to help identify an issue important to young women and develop a roadmap for change. The workshops will be followed with continued mentoring and support to drive the campaign. 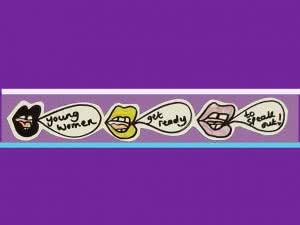 “I was political from a young age, I knew I wanted to work towards progressive change in our world. I’m 28 now, but the pathways that were open to me as a teenager were usually around joining the activism and community organising of older activists and campaigners. My exposure to developing campaign and advocacy strategy came in my early 20s  and was incredibly empowering.  This is definitely something I would like to have had access to when I was younger.” Hannah Gissane, YWSO Project Lead.

“I had my awakening to feminism and advocacy relatively late, in my late 20s and really want to make the advocacy spaces I work in welcoming and inclusive to everyone.  Too often we feel that we’ve missed the boat, or that there’s no space on the boat – we just need a bigger boat! There’s plenty of work to be done and we need plenty of people to join together to do it.  I want YWSO to show that intergenerational advocacy is the way forward.” Amy Blain, YWSO Project Lead.

Come and join us!

[1] 2017 Young Feminist Caucus Statement at the 61st Session of the Commission on the Status of Women: http://www.youthcoalition.org/wp-content/uploads/young-feminist-csw61.pdf