YWCA Canberra operates under a strong governance model and is governed by a board of 12 company directors who define the strategic goals of the organisation.

Our Board of Directors operates according to a Code of Ethics and Proper Practice. A governance manual guides the work of the Directors and establishes the relationship between the Board and the Chief Executive Officer.

Our Constitution guides our work and sets out the fundamental principles under which our organisation is governed. It was last amended at the Extraordinary General Meeting on 16 May 2018.

Frances has a passion to see women achieve their potential and shape their communities. Having started her career in hotel management she soon developed strong leadership and management skills which saw her take on senior human resources roles in the health sector. Frances’ natural drive and pursuit of excellence resulted in her former employer gaining accreditation as an Employer of Choice for Women, and ACT Employer of the Year for Apprenticeships & Traineeships.

In 2015, Frances received an Edna Ryan Award for advancing the status of women in the ACT. In 2016, Frances was named ACT Leader of the Year at the Australian Leadership Excellence Awards run by the Australian Institute of Leadership and Management. She also attended Commission for the Status of Women in New York in 2017, 2018 and 2019. 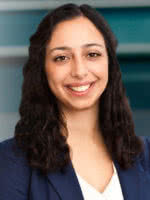 As a practicing lawyer in the areas of property and commercial and commercial law, Carina is passionate about implementing sound practices through innovation, strong governance, management, service delivery and partnerships. 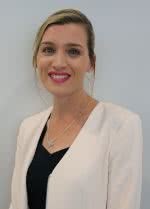 Dr Skye Saunders of the Australian National University College of Law is a leading expert in gender issues in rural Australia. Her work, Whispers from the Bush – The Workplace Sexual Harassment of Australian Rural Women (Federation Press, 2015), is the first in Australia to focus on the nature and prevalence of sexual harassment in rural workplaces.

In 2018, Skye was appointed to the YWCA Australia delegation to the United Nations 62nd Commission on the Status of Women, focusing on the empowerment of rural women and girls. She also recently taught a comparative US/Australian Gender Law program at the University of Alabama.

In 2017, Skye collaborated with the Victorian Women’s Trust (VWT) to produce a short film called Grace Under Fire. The film was launched by Chief Justice Diana Bryant, and is available to schools, workplaces and individuals who wish to host a screening. Skye has also worked with the VWT to develop a community education pack for national distribution.

Prior to joining the Australian National University, Skye practised as an Employment Relations/Discrimination solicitor in a large commercial firm. 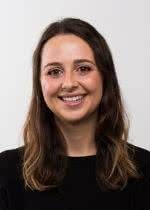 Ashleigh Streeter has led youth campaigning for World Vision, assisted Plan International Australia’s youth activist series, and in 2019, organized and co-hosted the Canberra Womens March. She is the incoming Deputy Curator of Global Shapers and previously co-founded both Jasiri Australia’s Girls Takeover Parliament in 2017 and Trailblazer program in 2018. She has advocated for youth and gender equality on an international level, including on the UN Women Youth Taskforce and at the Commission on the Status of Women. 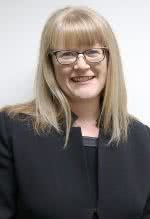 Katie was appointed to the Board in October 2018. She has over 20 years’ experience in the not-for-profit sector and advocating and representing their value to members, government and other stakeholders. Katie also has strong financial and corporate management experience, including executive responsibilities for finance and budgeting operations, and strategic and business planning. 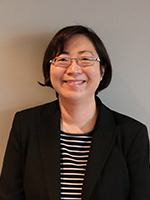 Julie Lean was appointed to the board in October 2019. She is currently Secretariat for the Planning Institute of Australia Finance, Audit and Risk Management Committee and a member of the Engineers Australia House Body Corporate Executive Committee and was the Company Secretary for the Law Council of Australia Board from 2012-16.

As a CA and CPA qualified accountant, Julie has been a management accountant, Chief Financial Officer and Chief Operating Officer.

Her lifelong task is to push our community to a time where women are respected and valued at all levels of society. 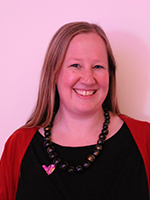 Kristin Blume was appointed to the board in October 2019. As an ACT Government employee, Kristin is working to develop ways of measuring quality of life for Canberrans, including working with the ACT Office for Women on how identity and gender can impact wellbeing outcomes.

After returning to a leadership role following parental leave for her second child, Kristin worked with small social enterprise Lead Mama Lead to help other mothers returning to work or negotiating flexible work.

With an educational background in program management, international law and international relations, Kristin has experience in risk management and program evaluation, including running the project office for the ACT stage 1 light rail project. 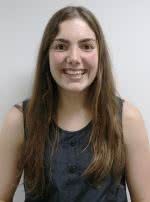 Sophie started on the YWCA board as a trainee in 2016 and was elected to the board in 2017. She is the chair of the Community Engagement Subcommittee and a member of a number of the other subcommittees. Sophie is the founder and director of Girls on Bikes, a free learn to cycle program for migrant and refugee women in Canberra.

She is a Council Director at Sexual Health and Family Planning ACT as well as vice-curator of the World Economic Forum Global Shapers Canberra Hub. She is also a mentor for a number of young women across Australia through Country to Canberra.  Sophie works at the Department of Foreign Affairs and Trade in the Office of the Pacific. 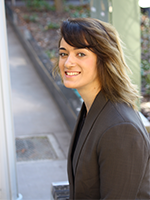 Emma was appointed to the board in October 2019. As Legal Practitioner and Research Assistant and tutor at the University of Canberra’s Faculty of Business, Government and Law, Emma has experience with issues regarding women and the law and empowerment of Aboriginal and Torres Strait Islander peoples. She also has a background in strategic legal policy from the Australian Institute of Criminology, ACT Corrections, federal Immigration and Agriculture departments and NGOs in the Ngarrindjeri Nation. She is currently an Assistant Director in Murray-Darling Basin legal policy.

Having been raised by two strong feminist women, Emma has a strong sense of social justice that drives her to find solutions to work towards overcoming the barriers faced by disadvantaged groups.

Emma holds a Bachelor of Arts (Forensic Psychology, Law and Society, Social Policy and Criminology), Bachelor of Laws (with First Class Honours in family law), and is currently undertaking a Masters in International Law and Middle Eastern Studies. 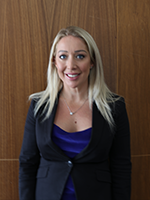 Anita Vardanega was appointed to the board in October 2019. She is a CPA qualified accountant and Deputy Chief Financial Officer of Leidos Australia. Anita is currently working to establish the Leidos Women’s advocacy group and is a Board member of not-for-profit women in STEM organisation Homeward Bound. She was the Chief Financial Officer during the setup of the Naval Shipbuilding College in Adelaide in 2018, and previously the Finance and Business Manager at CIT.

As a female leader in Canberra, Anita is passionate about supporting the Canberra community, particularly in the area of youth engagement, providing mentorship and support to young women and those returning to work, and housing support. 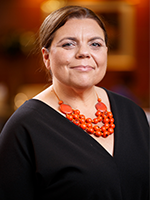 Di was appointed to the YWCA board in October 2019. She is an experienced board member with several years experience as a board member for national not-for-profit Indigenous Allied Health Australia (IAHA). Di brings a wealth of knowledge as she has previously served as the Chairperson for the IAHA Finance, Audit and Risk Committee as well as committee member for the IAHA National and International Conference Committee.

Di is a Gamilaroi woman who has a strong interest and commitment to social justice and giving a voice to the most vulnerable in society. Within her role at IAHA she contributed to a range of national leadership activities such as workshops, advisory and working groups, conferences and committees focused on transforming the allied health sector to improve health and wellbeing outcomes for Aboriginal and Torres Strait Islander people.

Di currently works for the federal government and has a background in health leadership, policy development, community development and events. Di volunteers her time to a range of public sector networks and reconciliation efforts. In 2016, Di was a recipient of a Secretary’s Award for her efforts in reconciliation. Di was also awarded a volunteer service award for her community work in Kathmandu, Nepal as an occupational therapist in a special education school. Di looks forward to linking her networks, skills and experiences to the work of the YWCA Board, Reconciliation Committee and Community Engagement Committee. 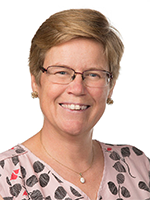 Independent member for the Audit and Risk Committee - Bridget Browne

Bridget is a Partner at EY providing actuarial consulting advice principally to the government sector in health and human services, and risk quantification.

Bridget has lectured in actuarial studies and risk management at the Australian National University with a research focus on aged care, mortality, longevity and securitisation of these risks, and is a member of the Centre for Excellence in Population Ageing Research in Australia. 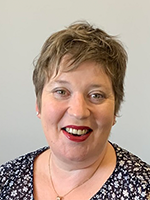 Independent member for the Audit and Risk Committee - Victoria Oakden

Victoria is the Director of Oakden Enterprises, an innovative small business that provides specialised advice and services to the community, disability and aged care sectors. A registered nurse with over 25 years’ experience, Victoria has an MBA from the Australian National University and worked for over a decade as a Registered Quality Assessor for the Australian Aged Care Quality and Safety Commission.

With a background as a Clinical Risk Manager and Clinical Incident Review Coordinator, Victoria is passionate about applying her nursing knowledge, skills and experience to create practical, quality outcomes for clients. She has worked with public, private and not-for-profit organisations on projects including incident reporting and management, auditing and quality assurance, continuous improvement, customer feedback, performance appraisal, and policy review and development.

* Denotes young women (aged 30 years or under) at time of appointment. The YWCA maintains a commitment to ensuring that 30% of all leadership positions and decision-making bodies are held by young women.